Invasive Pond Plants To Watch Out For

Why Marginal Pond Plants Are Important

Which Is Best: Preformed Ponds Or Lined Ponds? 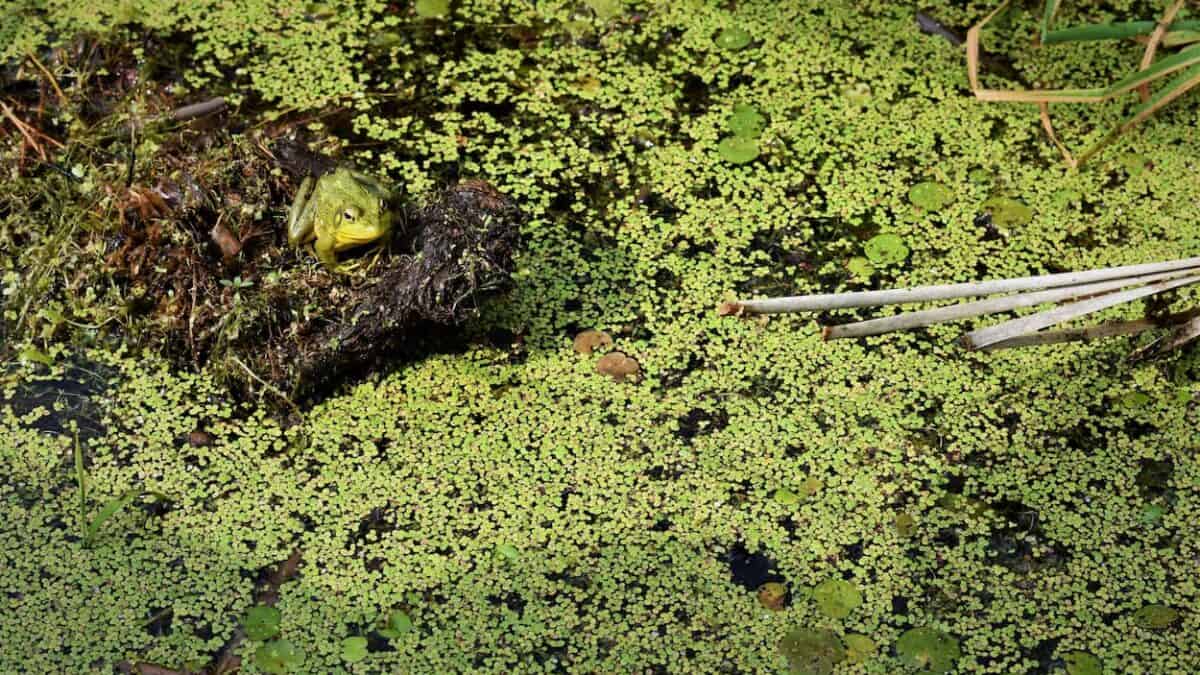 A pond is a wonderful addition to your garden, and there is a rich variety of pond plants for sale in the UK to stock it with. Many of these play a beneficial role in keeping the pond ecosystem healthy, as well as being an attractive feature. However, some non-native species can interfere with that balance, and should be avoided.

Exotic plants which have been imported can sometimes escape the cultivated gardens they were intended for, and take root in the wider environment. Because they often have no use as a food source, are immune to plant diseases, and thrive in the mild UK climate, they can quickly become invasive, and are very difficult to eradicate once they take hold.

This has serious implications for the biodiversity of the area. The invader can crowd out native plants and rare species which insects, birds, and other wildlife need to survive. Aquatic plants can choke up waterways, which interferes with drainage, causing pollution and flooding, and suffocates fish.

Here are some of the most common invasive aquatic species to look out for, and what to do if you spot them.

This may be also labelled pennywort, or Hydrocotyle ranunculoides. It forms a dense mat of kidney shaped leaves on the surface of the water, which can appear shiny and have crinkled edges. It grows rapidly, choking other plant life, and interfering with the oxygen levels in the pond.

This invasive weed has feathery leaves which accumulate in floating mats. It grows prodigiously in any body of water, often overtaking the native plants, blocking light, unbalancing the oxygen levels, and interfering with the natural flow and drainage of the water.

This is another floating weed, also known as Azolla filiculoides, or Fairy Moss. It has very small leaves which cluster together to form free-floating clumps, and over time can build into a thick canopy on the surface of the water. In spring and summer it is green, turning red in the autumn and winter. It grows in sheltered stretches of water.

Because the leaves are so small, it can break up easily to form separate plants, and it reproduces by the dispersal of two forms of spores. This means its spreads fast even by the standards of an invasive species. New plants can be just 2cm long, and may attach themselves to other plants, so check any new plant carefully before adding it to your pond.

This species, which is also known as Lagarosiphon, has a long stem with curly green leaves attached. It breaks up easily, aiding its spread in bodies of water, and continues to grow rapidly throughout the winter months. It can be incorrectly sold in garden centres as Elodea Crispa, or water hyacinth, which are both now banned from sale in the UK.

Duckweed, also known as Lemna minor, is a native species. However, it is not advisable to add it to your pond, because it grows rapidly and if unchecked, will cover the whole water surface and block out light. It has very small heart-shaped leaves, which grow in clumps during the warmer months.

This plant, also known as Crassula Helmsii or New Zealand pigmyweed, has fleshy spiky leaves and small white flowers. It favours the margins of ponds, and can grow rampantly both under and above water, and on land. It forms dense mats which block the light, lower oxygen levels, and chokes native species.

It is exceptionally hardy, survives all year round, and quickly and easily regenerates. It can be incorrectly labelled and sold as Crassula recurva, Tillaea recurva and Tillaea helmsii, according to the charity Plantlife. Stonecrop is almost impossible to eradicate once it takes hold, as it can regrow from tiny fragments.

This plant is also known as Ludwigia peploides, and has yellow flowers which meant that it was first cultivated for ornamental purposes. However, it spreads rapidly via seeds and stem fragments, and forms dense carpets on the surface of the water. It clogs waterways, contributes to flooding, and stifles native species. It has been banned from sale since 2014.

What to do if you spot an invasive species

It is illegal to plant or to cause to grow invasive non-native plants, and you have a legal obligation to stop them spreading. If you find an invasive aquatic species that is on the government’s banned from sale list, you must not dump it in the wild under any circumstances, and you may be held legally responsible if you do.

If a banned aquatic species was not considered to be intentionally kept or cultivated, you won’t face legal action, but you should still remove it and dispose of it safely. Because many non-native species can re-grow from tiny fragments, great care needs to be taken with the removal and disposal process.

Take action as soon as you identify the plant, because they usually grow rampantly, especially during the summer months. It is worth doing an annual check up in the autumn, when any alien plants can be removed while causing minimal damage to the rest of the pondlife.

Take care to remove every last scrap of the plant with a rake or by hand, because they can often propagate from very small fragments. Remove them by hand as the first line of defence, as herbicides may harm the friendly species in your pond.  Never dispose of them in the wild, or give them to anyone else.

Leave them beside the pond for a period to allow any aquatic creatures to crawl back into the pond, and then compost them, place them in a sealed garden waste bin, or take them to a local waste recycling facility.

Any waste pond water should be drained away on the lawn, rather than tipped down the drain or into ditches, or any other body of water. Clean all the tools, protective clothing, and any other equipment you used while carrying out the removal, to reduce the risk of spreading spores, seeds, or fragments. 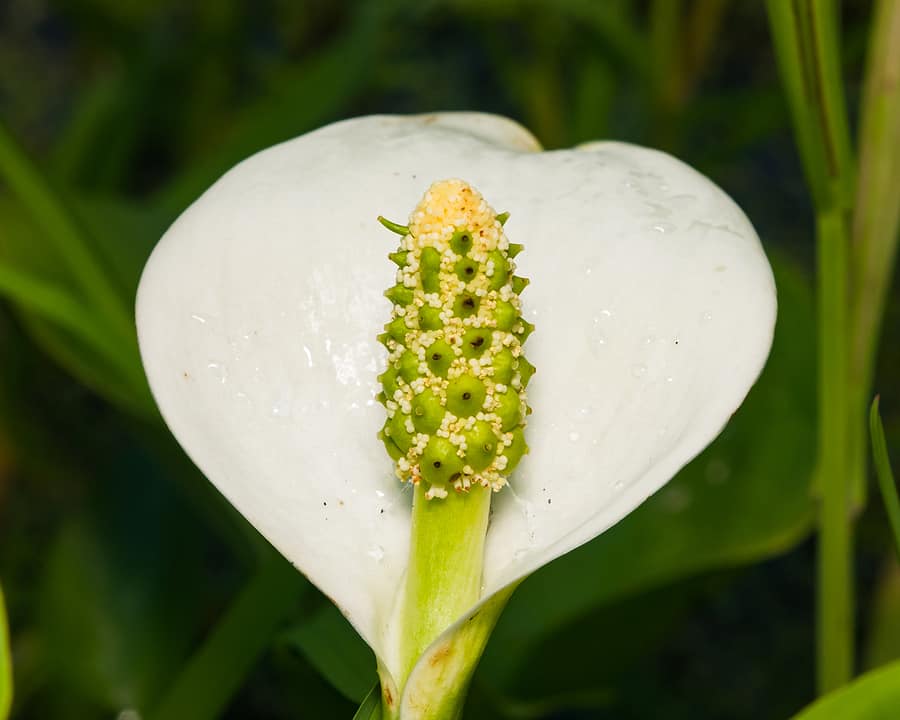 What Are The Best Plants For Small Ponds? 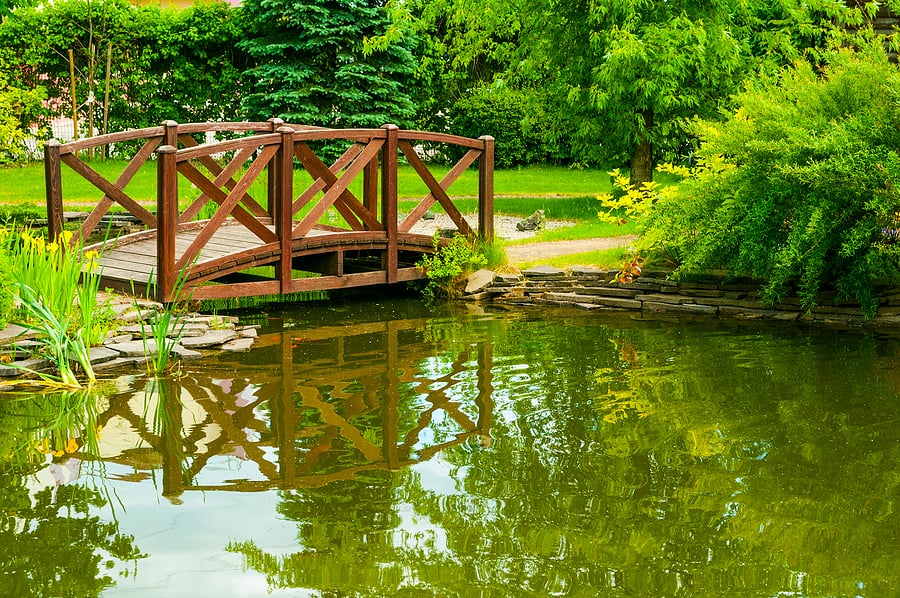 Which Is Best: Preformed Ponds Or Lined Ponds? 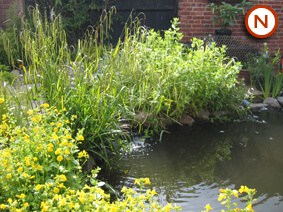 Why Marginal Pond Plants Are Important

Please note that orders received today will be dispatched during w/c 27 June 2022.Non-plant only orders will usually be dispatched within 2 days